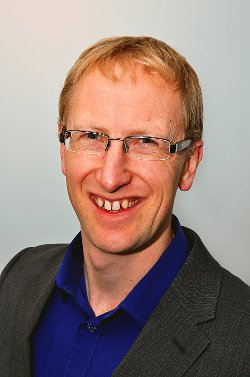 Teaching people to improve their lives and well-being is Reuben's passion. That's why he founded Mindquip. His mission is to communicate helpful, scientifically sound insights in a pragmatic, no-nonsense, and accessible way. Coming from a previous career as a professional engineer, he can understand and explain how well-being works in ways that make sense using down-to-earth language.

Reuben is an internationally experienced presenter and recognised expert in well-being and resilience. He earned his PhD in the field of positive psychology at the University of Melbourne. He has published in the Journal of Positive Psychology, the Psychology of Well-Being, and the Journal of Happiness Studies. He is also a reviewer for the Journal of Positive Psychology. Reuben's research has been presented  at conferences in New Zealand, Australia, and the US. He has lectured on well-being at the University of Melbourne. He has worked with Queens College in Australia to develop and instruct an 8-week course in well-being. Findings from his research have been applied internationally. He has also worked with educational institutions including Hamilton and Alexandra College and Avonmore Tertiary Institute.

How can your organisation benefit?

Or see our courses

Proud to have served: